Reset
There are no filters available 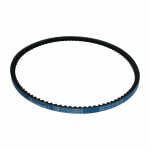 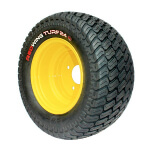 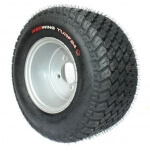 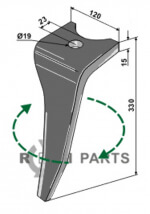 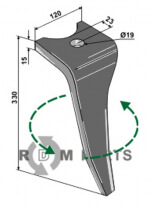 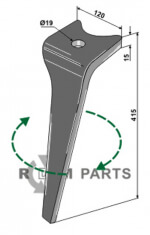 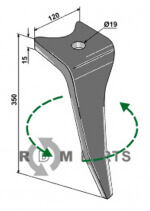 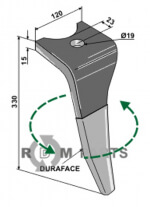 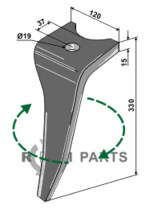 RDM Parts has several parts that fit the mowing machines from Amazone. The assortment of this mower brand consists mostly of flailmowers. The system that collects the grass in a big container on the back of the machine is what makes the mowers unique. Flailmowers are known for their versatility. They are able to do the rougher and finer jobs. The Amazon mower is also used to collect leafs and to scarify the grass.

The wearing parts of the Amazone flail mowers are the first parts to be replaced. Flailmowers have flails that are usually strengthened with a carbide tip. When it comes into contact with ground, stones, twigs and grass the flails eventually wear down. RDM Parts has several types of flails in stock.

The profihopper is the mower that Amazone has built for public green spaces, parks and sport pitches. With a mowing width of 125 centimetres it comes up a bit short in comparison with mowers from other types. However, for a flail mower this is quite a common width. The collecting system has a power compacter that ensures the grass is collected. It is transported with a conveyor to a 750 liter container on the back of the machine.

This blade with wings has a level cutting blade to cut the grass. This cuts the grass and results in a level cut. Wing blades are therefore more suitable for the finer jobs instead of the more rough jobs. Wing blades are easily attached to the rotating axle without the need for tools.

A Y blade is a more rough blade shaped like a Y. The result it less fine than the wing blade. It is still a blade that is perfectly suitable for rougher jobs. Like wing blades they are easily attached and replaced without any tools involved.

The verti flail is used for scarifying. These flails make the machine a very multifunctional one. The verticutting removes the layer of spongy dead material that forms between the grass. This frees the way for nutrients and water to reach the soil and the roots of the grass.

You want to continue shopping?